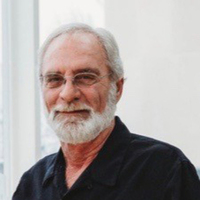 Bruce Schatz, 66, Bismarck, passed away on September 23, 2021, surrounded by his loving family.

A funeral service will be held at 2:00 p.m., Monday, September 27th, 2021, at Corpus Christi Church,  1919 N. 2nd St, Bismarck. A service livestream will be available for viewing at the church’s website, https://corpuschristibismarck.com/

A public viewing will be held at Parkway Funeral Service, 2330 Tyler Parkway, Bismarck, from 3-5 p.m. on Sunday, September 26th, followed by a rosary service at 5:00 p.m.

Bruce was born in Minot, on November 6, 1954. He graduated from Balfour High School and married his High School sweetheart Michelle (Mickey) Schiele. After graduating, Bruce joined the Navy and served his country with honor for four years on the aircraft carrier Midway. Bruce spent most of his working life in construction from building houses to swimming pools and his recent cottage industry of building furniture and other household decorations in retirement. Anyone who was lucky enough to get a piece of his furniture received an original work of art.

When he wasn’t working or doing some other project, he enjoyed hunting, camping, and watching sprint car racing and he was actually a pretty damn good cook. His famous rectangular pizza recipe was world famous. On any given weekend between Memorial Day and Labor Day you would find him at a campground, shooting the breeze, cooking from his milk can and drinking an ice-cold Corona. Bruce was known for many things. First, as the guy who could build or fix anything. Give him a channel lock and a roll of duct tape and you would be amazed by what he could accomplish. He was also known as the luckiest son of a gun ever to pull a pull-tab. He was famous for his big wins, but he didn’t like to “go in” with anyone, he was truly a solo gambler. Lastly, for a man of few words he always seemed to be the life of the party. If there was a wedding, graduation or a reunion Bruce was there and he made the party better.  But most of all he loved his wife Mickey and his family. Mickey was the love of his life and he never stopped loving her even after her death.  Bruce and Mickey had four boys and five grandchildren, and there were many other family and friends who called them Grandma Mickey or Uncle Bruce. They were always proud of and loved to spend time with their sons and grandchildren.

Bruce is survived by his mother Berna; three sons, Jason and wife Tera, Jamie and wife Cassie, and Jordan and significant other Dawn Schiele; grandchildren, Mollie, Bradley, Mikeltie; honorary grandchildren, Chase and Tytan.  He is also survived by his eight brothers and their spouses, Brian and Becky, Kevin and Cindy, Kurt and Donna, Neil and Jayme, Toby and Lisa, Kerry and Cheryl, Perry and Stephanie, Darcy and Bridget his significant other Tami Trostad as well as countless nieces and nephews.

He was preceded in death by his wife, Michelle; his son, Bradley and his father Walter.

In lieu of flowers the family requests that donations be made to the Bismarck Cancer Center in memory of both Bruce and Michelle. https://www.bismarckcancercenter.com/donate-today/