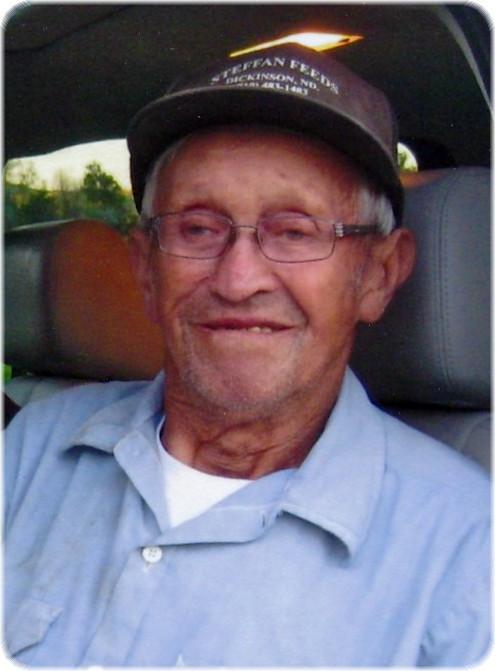 Frank Kulish of Manning, North Dakota, peacefully passed Tuesday, September 21, 2021, at the age of 98, at Hilltop Home of Comfort in Killdeer. There will be a Liturgy of Service for Frank at 10 a.m., Saturday, October 2, 2021 at Ladbury Funeral Service, Dickinson with Deacon Dan Tuhy presiding. Interment will be at Korsun Cemetery, southwest of Killdeer, following the service and fellowship. Visitation will be one hour prior to the service on Saturday at Ladbury Funeral Service. In lieu of flowers, memorial contributions may be made to the Ezra Barrows Post 46 American Legion, PO Box 118, Killdeer, ND 58640.

Frank was born to Egnat and Paraska (Kulish) Kulish, on May 13, 1923, on the Kulish Homestead, near Fayette, ND. He attended rural school through the 8th grade at Fayette District 22, No. 3.

They farmed and ranched on the Kulish Homestead northwest of Fayette, ND. Frank dedicated his life to farming and raising Black Angus cattle. In 1968 and 1969, he received honors at the Western Livestock Company’s Calf Show and Sale, Dickinson, ND, for Black Angus steers and heifers. In 1987, Frank and Mabel were very proud to receive the 1987 ASCS Soil Conservation Award for Dunn County for their successful contributions to soil and wind erosion efforts and planned grazing systems. In 1986 and 1987 he received first place honors in Area V Soil Conservation Districts photo contest in the Conservation category, with photos of contour cropping. In 2009, the Kulish Homestead became a North Dakota Pioneer Farm marking 100 years in the same family. Frank and Mabel made the family farm a viable place where they planted large gardens, raised wheat, oats, barley, corn, chickens, and milked cows as well as sold cream and eggs. Frank was very proud of the hard work he did to improve the homestead farmyard in that most of the buildings on the farmstead he built himself, with the help of others. This included their home, garages, machine and cattle sheds, chicken coops and many corrals. In 2012, he had the original 1925 Homestead barn restored.

One of Frank’s favorite hobbies was attending numerous auction sales. He traveled far and wide for hundreds of miles in ND, SD, and MT, searching for the right items for the farmstead. Throughout these travels he made many new friends and met interesting people.

A lifelong dream of Frank’s was accomplished in 2007, when he visited his parents homeland in Semenivka, Cherkasy, Ukraine. His nieces, Carol Kulish and Charlene Kulish, accompanied him. His last two living cousins, Olexiy Kulish and Nadia Kulish, were deeply moved that he came to visit them. He was able to visit the site where his mother was raised, drank from the well dug by his mother’s father, Nikifor, and observed farming in Ukraine.