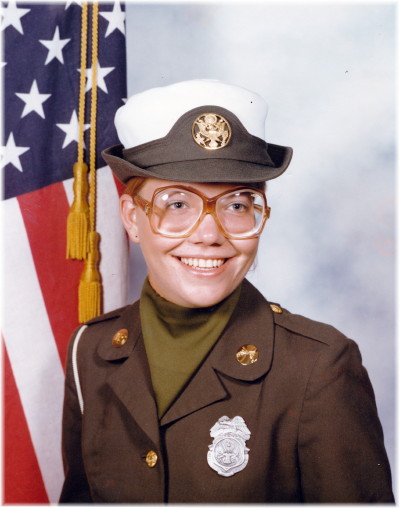 Ann T. Shorey, 62, of Dickinson, passed away on September 24, 2021 after a brief illness with family by her side. Private family services will be held. Inurnment and Military Honors will take place at the North Dakota Veterans Cemetery.

Ann was born August 16, 1959 to Arnold and Honor (Purnell) Shorey in Boston, Mass. Her earlier years were spent bouncing around to various military bases, including four years in Paris, France, for her dad’s career in the Military. Her parents settled down in Harker Heights, Texas and in 1978 she graduated from Killeen High School. After graduation she went on to serve in the United States Army as a MP stationed at Fort Myer, Virginia. Following her Honorable Discharge, she moved to Dickinson and later Gladstone where she raised her three children Brandan, Ashlee and Chelsee.

Ann worked at Buttrey’s until it closed, she retired from Walmart, and finally she found her dream job as a breakfast attendant at the Hampton Inn. She loved meeting all the new guests that came in, finding out their stories and telling them hers.

Mom was passionate about sports and had many hobbies. She loved to tell everyone how at 40 she helped her team take 1st place at the McQuade’s tournament, with a broken wrist! All football season you’d see her sporting anything and everything Dallas Cowboys. She loved Nascar, gardening, her sunset blush, but most of all she loved being a Grandma.

Ann’s pride and joy were her granddaughters and in 2020, after eight granddaughters, she finally got her two grandsons. She would boast about being complete. You couldn’t walk into a room without her singing, “My Girl” or “My Boy”. It’s memories like that and countless more we will forever carry in our hearts. Her smile was contagious, her love was unconditional, and her mouth was filterless.

She was preceded in death by her parents; sisters, Diane Chapman and Cheryl Wilson; father-in-law and mother-in-law, Peter and Ethelyn Martin; and brothers-in-law, Kim and Brian Martin.