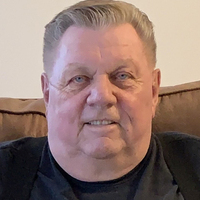 Allen L. Ryberg, 74, Bowbells, passed away Sept. 7, 2021, at the Eastern Montana Veterans Home in Glendive, Montana. A private graveside service will be held at the North Dakota Veterans Cemetery, Mandan.

A Celebration of Al’s Life will be held from 5 to 10 p.m. Monday, Sept. 13 at the Radisson in downtown Bismarck.

Al was born on January 17, 1947, in Jamestown to Junius and Eldora (Josephson) Ryberg.  He was raised on a farm in rural Sanborn, before moving to a farm by Hurdsfield, where he graduated from high school in 1965.  Al was drafted into the Vietnam War and served honorably until 1969.  After returning from the war, he took a job as a state trooper for the North Dakota Highway Patrol. This job took him to Bowbells where he met and married Tammy Aufforth.

After a few years in Bowbells and Grafton as a state trooper, Al made a career change and moved into the insurance business.  He first started working at First National Bank of Bowbells, before eventually going out on his own in 1982 to start Bowbells Insurance Agency.  He owned and operated the agency for 25+ years before eventually selling it.  In addition to starting A&L truck sales with Lee Hermanson, which they ran until 2020, Al loved to farm and helped several farmers and friends during the spring and fall, until he moved to the veterans’ home.

Al was very involved in the community and was most proud of his 50+ year career as a public servant.  He held numerous positions throughout his life: Bowbells City Councilman, Burke County Coroner, Burke County Veterans Service Officer, Burke County commissioner, and served on several state boards and commissions. He was also active in the Bowbells Fire Department and the American Legion.

He was preceded in death by his parents; and brother, Jon Ryberg.