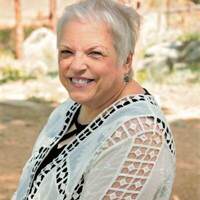 She was the second child and daughter of the late Robert and Violet (Buchholz) Allen. Cheryl was born on June 9, 1951, at St. John’s Hospital in Fargo. Until she was about age five, the family lived west of Arthur in a country home and then moved to Fargo. She attended her school years in Fargo and boasted that her class of 1969 was the second graduating class from the newly built Fargo South High School. Cheryl also enjoyed sharing that she spread her college money around the state. She attended the University of ND from 1969-70, Moorhead State College from 1970-72, and attended and graduated from North Dakota State University from 1972-1973 with a bachelor’s degree in Speech/Language Pathology. In 1992, she earned her master’s degree in Speech/Language Pathology from Minot State University; she also passed the national exam to earn a Professional Certificate of Clinical Competence, which she was very proud of.

Cheryl met her soulmate and future husband, Wayne Dennis Huber, in 1973 during her first year of teaching in Harvey. Wayne proposed on Valentine’s Day just three months after they met, and they married three months later. They were united in marriage at St. John’s Lutheran Church in Fargo on May 31, 1974 and had celebrated 47 years of love for one another. Following their marriage, they lived in Harvey and were blessed with two children, Trish Ann born in 1976 and Troy Allen in 1979.

Cheryl’s passion was always teaching and working with children. After teaching for 16 years at the elementary school in Harvey, the family moved to Bismarck where Cheryl continued to teach for 24 more years in the Bismarck Public School District. She provided speech/language services to several of Bismarck’s elementary schools, BECEP, Wachter Middle School and Bismarck parochial schools; her friends heard her say that her “heart would always belong to Riverside Elementary” (she had taught there for 20 years). In May 2013, Cheryl retired after 40 years of teaching.

Following retirement, Cheryl and Wayne traveled extensively, but if Wayne was unavailable, she’d travel with her sisters or others. She was proud to say that she’d traveled to all 50 states at least once and also many countries. Cheryl’s dream was to travel until she couldn’t any longer. Her other hobbies included spending time with her grandkids, creating personal or family videos with background music, scrapbooking family photos and vacations, painting artwork, learning her genealogy, reading, camping, and planning family reunions. Cheryl was a member of the House of Prayer Lutheran Church, Bismarck.