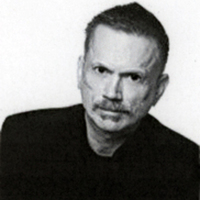 Paul Norman Lee, 69, of Minneapolis passed away on September 4, 2021 at Hennepin County Medical Center from complications related to diabetes. A college professor of journalism, Paul taught at several colleges and universities throughout the United States, earning his PhD in 1992 from the University of Minnesota. He was also a news junkie and would have CNN on all day while working on various projects.

Paul was born on June 13, 1952, in Minot, North Dakota, the fourth son of Thomas and Viola Gliege Lee, both of whom preceded him in death. Also preceding him in death were Carla Benson Lee, sister-in-law, and Regan Lee, a great-nephew. He is survived by Jerald (Don Ofstedal) Lee of Minneapolis, James (Janice Peterson) Lee of rural Max, North Dakota, and Donald Lee, Minot, North Dakota. In addition, he is survived by three nieces, two nephews, and thirteen great-nephews.

Paul will be interred in a private graveside service at Rosehill Memorial Park in Minot next to his parents. Memorials are suggested to the Mathew Shepard Foundation at 800 18th Street, Suite 301, Denver, CO 80202.