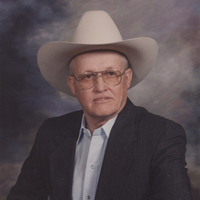 Dale W. Carlson was born on August 12, 1940 in Minot, ND to Winfield and Thelma Carlson. He was raised in Minot and graduated from Minot High School in 1958.

Dale was a cowboy at heart and managed to find his way into a rodeo arena, even though he wasn’t born into a rodeo family. A rained-out rodeo was where he met the love of his life, Mary Bahm. They were married for 53 wonderful years and had two children, Sandy and Greg. They also have five grandchildren. Dale had a career as a bricklayer and built the beautiful home near Sawyer, where he and Mary raised their children.

Dale’s rodeo career was something he was very proud of. He was the North Dakota Rodeo Association Calf Roping Champion in 1964 and 1966. He also won several championships and runners-up in the Roughrider Rodeo Association. The Roughrider Rodeo Association was a pivotal part of Dale’s life. Roughrider gave him the opportunity to ride and rope with his kids at his side and, years later, his grandkids. His wife, Mary, has been the secretary for Roughrider for many years and they could always be seen traveling together and hanging on the fences to cheer on the kiddos they love so dearly, many of which weren’t even their own.

In the summer of 2021, Dale was inducted into the North Dakota Cowboy Hall of Fame with his family there to celebrate in his achievements. The legacy he is leaving behind for rodeo in North Dakota is truly unmatched. He was a contestant, a judge, and a stock contractor; but his favorite role by far was to be a mentor to up and coming cowboys and cowgirls, including his own grandchildren.

Dale was and is an incredible husband, father, and grandfather. He knew when to push to get the best out of people, but he also knew when to ‘fess up and go buy his wife some flowers. His love for a person could be felt deeply simply through the squeeze of a hand.

Dale was preceded in death by his parents, Winfield and Thelma Carlson.

Dale passed away on September 13, 2021 in Bismarck, ND with his family by his side.