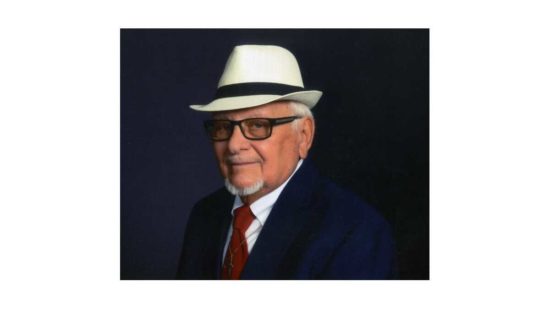 Funeral Mass for Larry Kostelecky, 85, of Dickinson will be 10:00 a.m. Friday, September 17, 2021 at Queen of Peace Catholic Church with Msgr. Thomas Richter celebrating. Burial will follow at St. Wenceslaus Cemetery.

For those who are unable to attend, Larry’s Funeral Mass will be livestreamed. To view the livestream, scroll to the bottom of this obituary.

Larry passed away September 11, 2021 at his home in Dickinson.

Larry was born on March 13, 1936 in Dickinson, son of Harry and Rose (Pavlish) Kostelecky. He graduated from Dickinson High School and went on the attend Dickinson State College. Larry worked for the Crow and Northern Cheyenne Tribes for 17 years, starting as a math teacher and progressing to the first lay person to hold the superintendent position at the Saint Labre Indian School in Ashland, Montana. In the early ‘70s, he moved home to Dickinson to help develop the family farm. He was a key individual and very instrumental in the development of land in north Dickinson. He helped develop the Prairie Hills Mall, several hotels and restaurants. Later in life he helped his wife Cindy run Vintage Liquors for 30 years before it sold to his son Jon. He and Cindy also helped bring The UPS Store to Dickinson, along with building another strip mall on 15th Street West and State Ave. He was an Arizona snowbird and returned to North Dakota for the beautiful seasons to spend time with family and friends. He and Cindy made the final move back to Dickinson in May 2021. Larry enjoyed golf, fishing, playing cards, driving his tractor, playing slots at the casino and spending time with his wife of 65 years. He was a member of the Fraternal Order of the Elks Club, Greater ND Assoc. Business Man of the Year in 1982, K of C, Queen of Peace parish and awarded Grand Knight and Family of the Year.

In lieu of flowers, the family suggests donations to CHI Health at Home & Hospice.