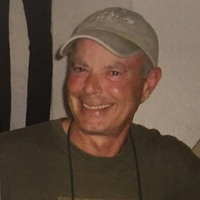 A Glimpse Into The Life of Jim Graves

Jim was born in Edmonton, Alberta to Vivian and Jack Graves on August 24, 1945. Jack was in the U.S. service and stationed there. The family wasn’t complete until 1955 when Jim’s sister, Cheryl, was born.

Jim’s family always used to say he was a born engineer. Even as a child he had that analytical mind set so it came as no surprise when he chose the engineering field to follow. Jim liked to relate the story of how he decided to go back to college to become an Engineer. After high school, his parents paid his tuition and he started college. Soon night life was calling, skipping classes became the norm, and his parents said “enough.” Not to worry, he’d get a job. He had learned the art of welding at some point along the way and was soon hired as a ship welder. It was winter; a Seattle winter with nonstop rain and damp, bone chilling cold… just the kind of weather conducive to hanging off the side of a ship on a rope holding a welding torch. Every day, at some point, he had to go to the office to get his next welding assignment. He’d arrive there soaking wet, teeth chattering and enter the comfortable warm office. The men in the office were dry, warm, eating donuts and drinking coffee. He was back to college in no time.

He was hired at Boeing on the Missile Program and came to Minot in the fall of 1974. Friends introduced him to Chris and they were married seven months later at the Saron Lutheran Church. Jim was promoted shortly after and they moved to Renton, WA. He changed jobs fairly frequently with promotions. All of his jobs had high security requirements and he didn’t ever, ever discuss his work. When asked what he did for a living he always just said he worked for Boeing, never elaborating. Expect some thought he was a spy. Actually, several of Chris’s friends did, mainly because she didn’t know what he did either.

Jim was asked to go to Germany for three months to work on the NATO project which ended up continuing for almost two years. It was a wonderful opportunity filled with a lot of travel, new experiences, meeting interesting people and establishing lifelong friendships. Another benefit was the German beer which Jim took an instant liking to.

Jim was a car and gun enthusiast. Through the years, he owned a series of sports cars. He’d keep one for a while, then sell or trade it and find another one to satisfy his car addiction. There was a Harley or two in the mix as well. Same with guns and shooting, he liked collecting but even more, he really enjoyed the target practice. Chris always said if it had wheels or a trigger, he couldn’t get the checkbook out fast enough.

After Jim retired, Kent Pietsch called one day and asked if Jim might be interested in driving Kent’s landing truck in an airshow in Canada. Jim said he didn’t think so. Kent called back and said Chris and their dog, Scooter, were invited as well. They must have been the magic words because Jim said “OK.” It was an experience that resulted in many, many future airshows. It opened a world that included flying, fun, lots of interesting pilots and people. It was something Jim really enjoyed doing. It pulled him back into the aviation world, one that he had left when he sold his two airplanes before going to work for Boeing.

After an airshow in Canada, Jim and Kent were signing autographs. Several kids were lined up in front of Kent which was not surprising since he was the airshow pilot. A girl of about nine passed Kent’s line and came running up to Jim followed by her father. The dad told Jim that his daughter had a question for him. She blurted out “weren’t you scared?” Jim started to laugh, turned to Kent and said, “Yes, he does tend to scare me at times.”

When Jim asked Chris to marry him, he told her he’d give her a good life. He gave her a wonderful life and 45 very happy years which were blessed with many treasured friends and loving family.

To everyone who knew Jim, Thank You for sharing his life.