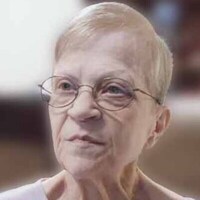 Diane was born August 18, 1947 in Aurora, Illinois the daughter of Frank and Shirley (Pritchert) Meszaros. She was raised and educated in Illinois until she moved with her family to Phoenix, AZ area. She graduated from an Aurora, IL High School in 1965.

In 1969, she met her future husband, Richard Benton at a St Patrick’s Day Festival event at Luke Air Force Base in Phoenix, Arizona. They were united in marriage on August 15, 1969. While Richard was stationed with the U.S. Air Force, they lived in various places including, Glendale, AZ, Ft Walton Beach, FL, Tucson, AZ, Hahn, Germany and Minot, ND.

Richard retired in 1990 from active duty service and they made their home in Glendale, Arizona, where Diane helped to care for her elderly parents. They moved to Minot in 2000, where they lived until the flood of 2011. They returned to Glendale, AZ until 2020 when they returned to Minot to live closer to their daughter, Kathy.