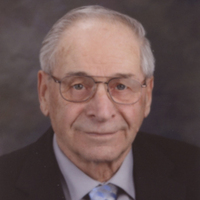 To view a livestream of the service please access https://www.mtmsales.net/thomas

Dale was born May 27, 1934 in Velva, ND to Edwin and Laura (Ave) Howe. He was raised near Velva and graduated from Velva, ND High School in 1953. He was employed by Bulldog Electric, Huntington Beach, CA and then as a carpenter at the Minot Air Force Base. Dale was employed with Day Zimmerman Madway company relocating homes for the Minot Air Force Base housing department. In 1966 he began employment with Montana Dakota Utilities Company holding many positions such as pipefitter, crew member, and Serviceman General. Dale was employed with MDU for 31 years and retired in 1996. During his retirement years, Dale also worked at Napa in Minot as a delivery driver, working well into his 80s.

Dale was drafted into the US Army in October of 1958 and honorably served his country until October, 1960. Upon his return to North Dakota, he was active in the Army Reserve unit from 1960 to 1964.

Dale was united in Marriage to Deloris (Makeeff) on August 12, 1962 at Turtle Lake, ND. They have three children, Bradley, Brenden, and Crystal.

Dale was a man of many talents. He and Deloris built 6 new homes over their lifetime, doing much of the work themselves. In addition they purchased and remodeled 14 other properties throughout the years. Dale was truly a man who was gifted and talented with his hands. He was a skilled craftsman, repairman and was good at plumbing, electrical and auto repair along with many other skills. Dale and Deloris enjoyed travelling through the US and Alaska. During their retirement they spent 3 winters in Texas and 3 in Arizona.

Dale had a keen interest in classic cars and had restored and worked on several with his sons. Dale and son Brenden restored a 1957 Chevrolet Bel Air sedan for his wife Deloris which was identical to the one she purchased new in 1957. Dale instilled a strong work ethic and shared a wealth of knowledge, information, and experience with his kids. He was a true jack of all trades and would help anyone with whatever project they had going on. Dale was a fun loving, thoughtful, cheerful and good natured man that people truly enjoyed being around. Dale was an active member of First Baptist Church and served as an usher and trustee. Dale also enjoyed hunting, fishing, and camping with his family and took his family on many road trips while the children were growing up.

Funeral Service will be held 11:00AM Wednesday, August 18, 2021 at First Baptist Church in Minot, ND.
To view a livestream of the service please access https://www.mtmsales.net/thomas
Visitation will be held at Thomas Family Funeral Home in Minot on Tuesday, August 17th from 4PM to 8PM.
Dale will be laid to rest at Sunset Memorial Gardens, Minot ND with military honors by the ND Army National Guard and Minot American Legion Post #26.