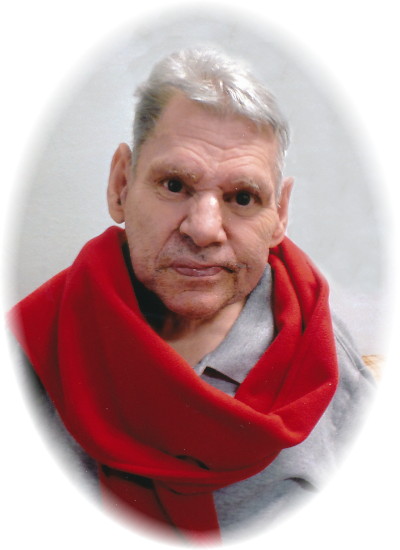 Joseph Zent, 72, Dickinson, died Monday, August 9, 2021 at CHI St. Alexius, Dickinson. Joseph’s Mass of Christian Burial will be at 10 a.m., Saturday, August 14, 2021 at St. Joseph’s Catholic Church, Dickinson with Fr. Keith Streifel as celebrant. Visitation will be on Friday from 12 p.m. to 7 p.m. at Ladbury Funeral Service, Dickinson with a vigil at 7 p.m. with Deacon Bob Zent presiding. Visitation will continue on Saturday, one hour prior to the service at the church. Entombment will take place at the Dickinson Mausoleum.

Joseph Zent was born October 6, 1948 at St. Joseph’s Hospital, Dickinson, the son of Ralph and Mina (Miller) Zent. He was raised on the farm until his entrance into Grafton State School. After numerous years of attendance there he returned to Dickinson and his last residence was ABLE.

Joey enjoyed life on the farm and especially the harvest season time of year. He is known for his extensive love of the John Deere line of tractors and all those mean green machines!

He was preceded in death by his parents, Ralph and Mina Zent; his sister, Darlene Zent; his brothers, Ralph Raymond and Marvin Zent; and nephews, Wade Zent and Jeremy Witchey.