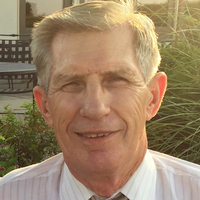 Ronald was born February 4, 1945, in Lubbock, Texas to Joe and Ethel (True) Molzahn.  He grew up in Norton, Kansas and graduated from Norton Community High School with the Class of 1963. He attended trade school in Denver, CO and found employment for a couple of years prior to returning home to Norton.

Ron was once married to Dixie Ives of Stockton, Kansas.  From this union 2 sons were born.

Ronald enlisted into the US Air Force on March 9, 1966. He was stationed throughout the Pacific Region during his 20 year career that also included a five year tour of duty at the Minot Air Force Base.  He was honorably discharged in 1986 and remained in the Magic City.

Ron was united in marriage to Marlene (Kalk) Breding on July 31, 1987, in Minot. They called Minot home as they shared their love and family.

Ron followed his military career with employment at Heller Automotive Service, Western Auto and Carquest (Minot Automotive Supply). In November of 2011, Ron started his own automotive repair business, Ron’s Mechanic Services.  He operated the business from 2011 until July 23, 2021.

Ron was an active member of Trinity Evangelical Free Church, the Minot American Legion, Minot Rifle and Pistol Club and the NRA.  Ron enjoyed bowling and time spent in the outdoors hunting and fishing. He valued Community service.

Ron was preceded in death by his parents.