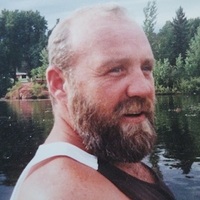 Michael Waller, 69, Riverdale, died on Friday, July 2, 2021 at his home.  Funeral services will be held on Thursday, July 8, 2021 at Thompson Funeral Home in Garrison.  Visitation will be held 1 hour prior to services at the funeral home.  Burial will be held at the Coleharbor Cemetery.

Michael Alfred Waller was born Williston, ND to Alfred and Miriam (French) Waller.  He attended school in New Town and Minot, graduating from Minot High School. Following high school Mike entered the US Army. After serving in the Army he attended NDSCS in Wahpeton and received a plumbing degree. He later attended Bismarck State College earning a carpentry degree.

Following his service in the Military, Mike had a lifelong career working as a heavy equipment operator.  He spent most of his time helping build the local power plants.

Mike was an avid dart and pool player in his younger years.  For the most part Mike kept to himself but he had a wonderful sense of humor and his family was supremely important to him.  Mike’s passion was cars, especially fast ones!   He enjoyed going to local races and watching his good friend, Marlyn Seidler, sometimes working in the pits and hanging out after the races.

He was preceded in death by his parents and brother, Douglas Waller.