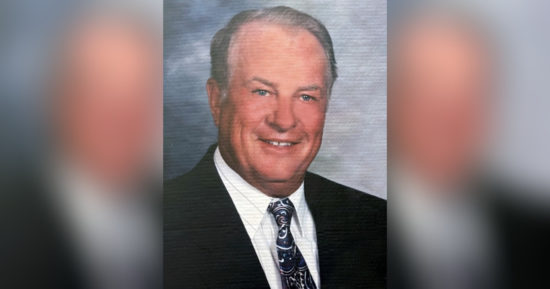 A funeral service will be held at 10:30 AM on Tuesday, July 6, 2021, at Evangelical Congregational Church in Glen Ullin with Rev. Dave Skjoldal officiating.  The service will be live streamed at the bottom of Eddie’s obituary page here on the funeral home website.

Visitation will be from 9:30 AM until the time of the service at the church.  Burial will be at Friendship Cemetery, east of Glen Ullin.

Edward was born in Glen Ullin on September 30, 1933, to Henry and Christina (Stauss) Wetzel.

Eddie began farming and ranching at an early age and this continued well into his 70’s.  He was happiest when he was working the land in his Case International equipment. Eddie took great pride in his farm. There was rarely a piece of machinery that was not freshly washed and waxed.  Eddie also enjoyed collecting toy tractors that he proudly displayed in his home.  If Eddie wasn’t in the field, you could probably find him at the Ford dealership buying a new pickup, the fancier the better.

Eddie married Agnes Berger on June 10, 1954, in Center.  They recently celebrated 67 years of marriage.  Agnes worked alongside Eddie on the farm and together they built a great life.

Eddie and Agnes were blessed with their only daughter, Sheila, in 1955.  In 1985, Eddie’s only granddaughter, Nicole, was born.  Eddie didn’t hold her until she was 3 months old, but once he picked her up, he never put her back down.  The two were the ultimate partners in crime.  They were always up to something they shouldn’t have been. Eddie was looking forward to seeing Nicole get married in the fall.

Even though he only had one child and grandchild, Eddie was blessed with nieces and nephews, Jim, Jerry, Glen, Deb, Morgan, and Molly, who he loved as his own.

Eddie was a man of strong faith, even serving as a member and trustee of the Evangelical Congregation in Glen Ullin.  The last five years his faith was tested daily as he underwent kidney dialysis.  We want to thank the Doctors and dialysis staff for caring tirelessly for Eddie and allowing us five more years with him.