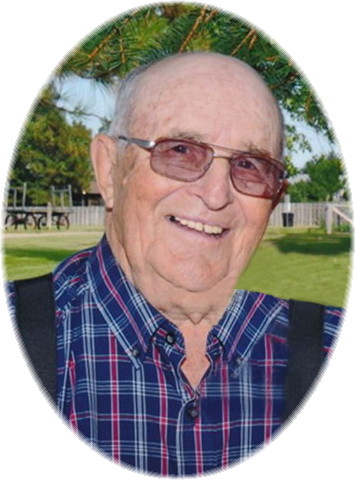 August Laudie Privratsky, 89,  Dickinson, died Sunday June 6, 2021 at his home in Dunn County. There will be a Liturgy of Word Service for August at 10 a.m. Friday, June 18, 2021 at Ladbury Funeral Service, Dickinson with Deacon Bob Stockert presiding. Interment will be at St. Wenceslaus Cemetery, Dickinson. Military Honors will be provided by the Dickinson American Legion Post 3 Honor Guard. Visitation will be on Thursday from 4 p.m. to 6 p.m. at Ladbury Funeral Service.

August Laudie Privratsky was born November 8, 1931 at the family farm in Dunn County, the son of John S. and Caroline (Pavlicek) Privratsky. He was raised and educated north of the Dickinson where he attended the Tabor Country School. August served honorably in the United States Army.

August was united in marriage to Marjorie Holz on October 27, 1954 at St. Thomas Catholic Church, Gladstone and to this union, four boys were born. They farmed northeast of Dickinson on the family farm. During this time and into his retirement he also worked part-time at Western Livestock for 42 years.

He was preceded in death by his parents; five sisters; and four brothers.

In lieu of flowers, memorial may be given to the donor’s choice.