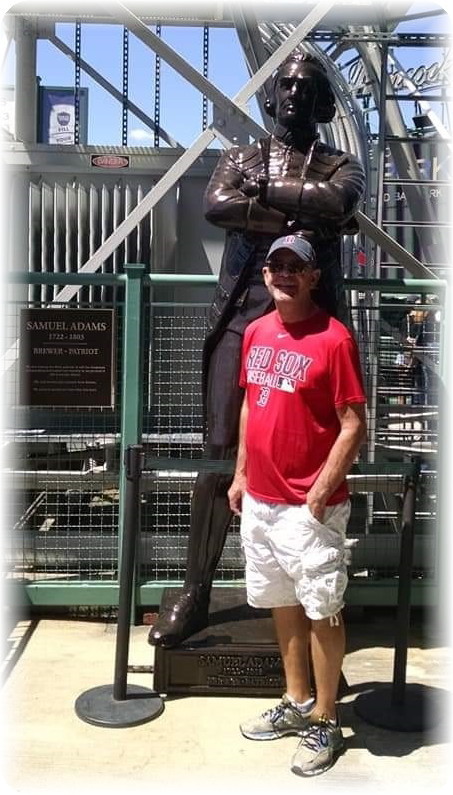 Dustan Theodore Jurgens, passed away in Dickinson on Tuesday, June 15, 2021 due to complications of Progressive Supranuclear Palsy, a rare neurological disease at the age of 62 years old. Dusty fought courageously and without complaint for 7 years. Per Dusty’s wishes, cremation has taken place. There will be a gathering of family and friends to celebrate Dusty’s life on Monday, June 28, 2021 from 10 a.m. to 11 a.m. with a time of sharing memories and stories at 11 a.m. at Ladbury Funeral Service, Dickinson. A livestream of the time of sharing will be available on the funeral home website below Dusty’s obituary. A luncheon will follow at the Eagles Club in Dickinson. Feel free to wear your favorite sports attire—no Duke or Yankees allowed!

Dusty was born on July 12, 1958 in Dickinson to Dale and Sunda (Walton) Jurgens. He spent his early years in Montana with his parents who were incredibly young, and yet very responsible. They loved and were so proud of their Dusty.

Dusty was lucky enough to have an All-American childhood in Dickinson. In those days, a kid could leave early in the morning, arrive back home in time for supper and their parents were never worried about where they were in between! Dusty spent his childhood with his siblings, Cary and Patti and many life-long friends.

Dusty followed in his father’s footsteps and began working for the BNSF railroad at the age of 16 as a janitor. Upon graduating from high school in 1976, he started as a brakeman and later trained to be an Engineer on the railroad. He worked on the railroad for 42 years as an Engineer until he retired at 59 years old due to his disability.

Dusty was married to Leah Omvig and to this marriage two children were born, Jeffrey and Laken. Dusty later married Tammy Pedersen and was blessed with three more children, Madison, Jared and Ian. The most important thing in his life were his beloved children, grandchildren, family and friends.

Dusty enjoyed traveling everywhere! He traveled with his family and his friends as often as he could. His favorite trip was when he took all of his kids to Boston for a week to see the Red Sox play in July 2018. On his 60th birthday, they toured Fenway and Mookie Betts hit a grand slam over the Green Monster. Dusty was a sports fanatic – his favorite teams were the Sox and the UNC Tar Heels. He spent many weekends in Fargo with Todd and Patti attending Bison games. He had so many plans for his life after retirement – namely travel, retiring somewhere down south, and spending time with his precious children and grandchildren. Unfortunately, PSP robbed him of those plans.

Dusty is survived by his father, Dale Jurgens; his children, Laken (Dylan) Moore, Madison Jurgens, Jared (Lydia) Jurgens, and Ian Jurgens; his grandchildren Jeffrey, Izabella, Cash and Presley; his siblings, Cary (Jerri) Jurgens and Patti (Todd) Burwick; and numerous nieces, nephews, aunts and uncles. Dusty is also survived by some of the best friends a guy could ever hope to have – Craig and Jan Smart, Wayne Riedl, Doug and Randi Hall, Jack Billman and many others.

He was preceded in death by his beloved son, Jeffrey Dale; his mother, Sunda; his maternal grandmother, Barbara Walton; paternal grandparents, Fred and Edna Jurgens; and good friend Ron Girard.

Dusty’s family would like to extend their gratitude to all of the staff at St. Luke’s Home in Dickinson and Sunset Drive Prospera in Mandan who cared for and provided comfort to Dusty since 2019.

In lieu of flowers, donations can be made in Dusty’s memory to Cure PSP at 1216 Broadway, 2nd Floor, New York, NY 10001 or online at PSP.org. You can select Menu and then click Donate.