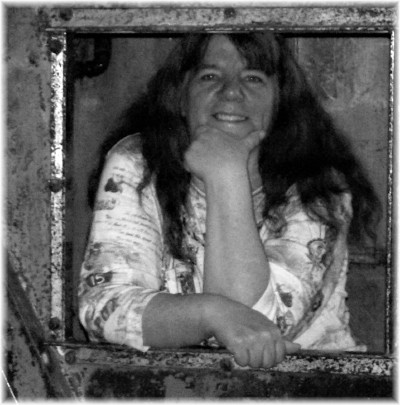 Janie J. Goldade, age 66, passed away peacefully on Thursday, July 15, 2021 at Monument House Hospital, Rapid City, SD. Janie’s Mass of Christian Burial will be at 10 a.m., Friday July 23, 2021 at St. Wenceslaus Catholic Church, Dickinson with Fr. Joseph Evinger as celebrant. Interment will take place at St. Wenceslaus Cemetery, Dickinson. Visitation will be on Thursday from 3 p.m. to 5:30 p.m. with a rosary at 5:30 p.m. at Ladbury Funeral Service, Dickinson.

Janie was born April 4, 1955 in Dickinson to Joseph C. and Ann (Simnioniw) Jaborski. She was raised six miles north of Fryburg in the badlands on a ranch and was always a farm girl at heart. Janie graduated from Belfield High School in 1973.

Janie met and fell in love with Ed Goldade and they were married in Belfield at St. Bernard’s Catholic Church on November 24, 1973. They moved around a bit from Fort Benton, MT to Mandan and Hebron in their early years of marriage and finally landed in Dickinson in 1975. Thanks to our Dear Lord through the Blessed Mother they raised their two prized possessions, their boys:  Jared and Jordan. Their home provided them with the most breathtaking view and room to grow their family and hobbies which included gardening, hosting friends for pinochle and evening golf cart rides. Together they were devoted to their family and had a faith filled and happy marriage of 47 years.

Janie worked various jobs in her young life. She devoted countless hours to the Dickinson Chapter of National Mutual Benefit. It suited her servant’s heart. She organized numerous benefits and worked on various projects to support those in need during her time on the board.

Janie loved to cook; her Ukrainian food and pies were the best around. She was a skilled crafter, and her hands were rarely idle. She especially loved to press her luck at the casino. She had a way to make everything special. Christmas time she instilled family traditions, making cheese buttons, wrapping every gift uniquely and making it known that she had a love for tape. Her boys knew that they needed pocket knives to break into every present.

She was a dedicated and devout Roman Catholic with great devotion to Our Heavenly Mother Mary and through her, to God. She devoted her life to raising her children and instilled her sons’ strong faith and values. She treasured her children and embraced every moment with them. She especially loved her role as grandma to her sweet Jonah and Mackenzie Goldade.

Janie was a faithful servant and is now at peace. She will be dearly missed and forever in our prayers and hearts. At the end, she greatly appreciated all of the prayers she was receiving and her dying wish was for all to pray for the poor souls.

-Twas before the hand struck midnight, when our Blessed Mother Virgin Mary the morning star came forth and beconned. Taken upon her hands said softly come my child, it’s time to leave now.-

Janie is survived by her husband, Ed Goldade of Dickinson; her sons, Jared (Paige) Goldade of Sioux Falls, SD and Jordan Goldade of South Heart; grandchildren, Jonah and Mackenzie Goldade of Sioux Falls, SD; her sister, Judith Babeck of Bismarck; ten brothers-in-law; eleven sisters-in-law; along with over 150 nieces and nephews and nearly 100 great-nieces and nephews; and a host of other beloved family members and longtime friends with whom she treasured dearly. She was preceded in death by her parents, Joe and Ann Jaborski; brothers, Jerry and James Jaborski; and nephew Sheldon Babeck.