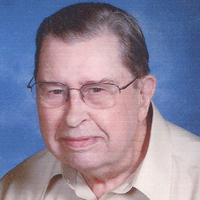 livestream of the service can be accessed by using http://www.minotstmarks.com/livestream-service-and-worship-material.html

Livestream and recording by St. Mark’s Lutheran Church. If you have questions or concerns call 701-839-4663.

Alvin Fiskum, 97, Minot and formerly of Bergen died suddenly on Saturday, July 17, 2021 on arrival at a Minot hospital.

Alvin Leonard was born on October 5, 1923 on the family farm in Odin Township of McHenry County near Bergen, ND to Swen and Annie (Bergstad) Fiskum.  He was raised on the family farm, attended rural school and school in Bergen for two years prior to graduating from Velva High School in 1941.  As a young adult he assisted on the family farm and was employed as a truck driver.  He was once married to Carole Okins and they made their home in Bergen before moving to Minot in 1950 where he was employed at a gas station prior to beginning employment with Sweetheart Bakery as a truck driver.

Alvin married Elaine Miller Gessner on June 23, 1973 at St. Mark’s Lutheran Church in Minot.  They made their home in Minot where he continued with Sweetheart Bakery until his retirement in 1985 following 33 years of dedicated service.  Most recently, Alvin and Elaine had resided at Edgewood Vista since the Spring of 2018.

Alvin was a member of St. Mark’s Lutheran Church and a former member of Augustana Lutheran Church.  Also, he was a member of the Teamster’s Union, Moose Lodge and Golden K Kiwanis Club.  He especially enjoyed woodworking, fishing, crossword puzzles and sudoku, game shows and traveled extensively, but his number one passion was his grandchildren and step grandchildren and their families.

Alvin was preceded in death by his parents, son: Leslie and siblings:  Oliver, Melvin, Selmer, Kenneth, and Loris Fiskum as well as Sophie Johnson and Cora Debertin.

Funeral Service:  Friday, July 23, 2021 at 10:00 a.m. in St. Mark’s Lutheran Church – Minot.  A livestream of the service can be accessed by using http://www.minotstmarks.com/livestream-service-and-worship-material.html
Interment will be in Rosehill Memorial Park – Minot.
Visitation:  Thursday from 3:00 p.m. to 5:00 p.m. in Thomas Family Funeral Home – Minot.
Memorials are preferred to St. Mark’s Lutheran Church or the donor’s choice.